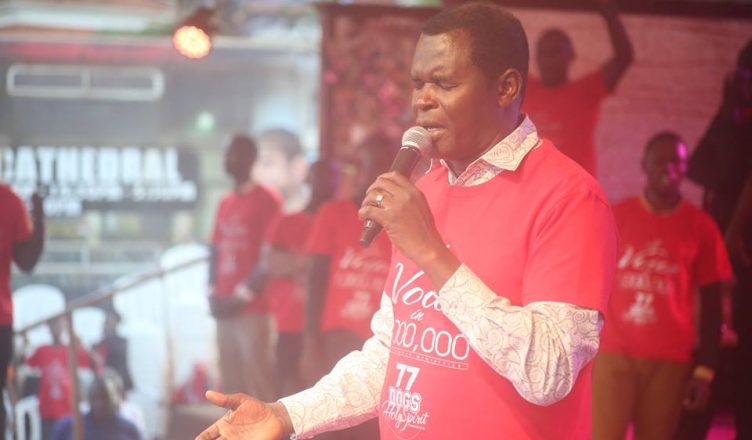 Pastor Robert Kayanja of Rubaga Miracle Center cathedral has called for national repentance over brutality and insecurity in Uganda.This happened on Saturday 9th of June 2018 during a  revival meeting dubbed “one million voices in prayer”  which takes place every fortnight at the Cathedral.  The environment was spiritually charged as men and women cried out to God over the present state of the nation because many people have lost loved ones  through nation wide kidnaps, brutal murders and accidents caused by reckless behavior.  Pastor Robert also encouraged the people to refrain from living in fear because God is our protector and vindicator, Pastor Robert led hundreds of thousands of people  into national repentance and assured the nation that “God is in control”, ” there is hope for Uganda”. During his preaching and prayer, he based on the scripture 2nd Chronicles  7:14 which says ” If my people called by my name shall humble themselves, seek my face and pray, turn away from their wicked ways, then  I will hear them from heaven and Heal their land”. There was such a great move of God as many were filled with the Holy Spirit. Victory Belongs To Jesus!

Check out some pictures from the prayer gathering.